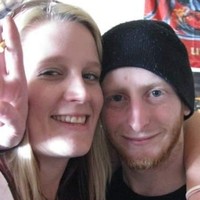 Had Tareranui not been protected by the police he very likely would have lost his life. This makutu business was the dangerous part of a tohunga's profession, for it was by no means an uncommon thing for a man who believed himself bewitched to load his gun and anticipate matters by shooting the wizard. Makutu is a two-edged sword. In olden times if a Maori was guilty of the crime of killing, or attempting to kill, by means of makutu , without just cause, he was usually punished through the agency of his hau —that is to say, his hau was taken and his body doomed to death in the usual manner by makutu or sympathetic magic.

The Maori magician is generally an aged man, but he does not cover himself with charms and amulets, bones of animals, beads and bells, and such ornaments and grotesque personal decorations so dear to the medicine-man of the Zulus and other primitive races. He whirls no terrifying bull-roarer, carries no bag of disease-dealing or disease-destroying charms or bundles of magic herbs. Nor can he travel underground, or fly enormous. To gain entrance to the profession he does not need to have some marked physical deformity or hideous countenance.

The most powerful tohunga was often of high birth and held a high and influential position in the tribe. He believed implicitly in his powers, and was often an extremely shrewd man. His stock-in-trade consisted of a knowledge of very many karakia; an ability to interpret omens; a bodyguard of good genii or familiar spirits who at his call would attack and kill his enemies or their attendant familiar spirits atua ; and a large amount of common sense.

He sometimes carried a staff, sometimes a taiaroa , a peculiar long ornamental staff used for purposes of enchantment. Maori sorcery differs very considerably from that of the Australian blacks, especially in the absence of all those practices by which foreign substances are magically introduced into the victim's body to set up disease, and also in the total absence of any such custom as the magic extraction of the kidney-fat.

These entering the vital organs cause pain, disease, and death. The Maori tohunga kills either by sending a demon or spirit to gnaw the vital organs, or he, by symbolic magic, extracts, or in some way destroys, the life-principle hau , or the dream-ghost wairua. The great essential to nearly all the rites of sorcery among the Maoris was the correct rendering of the ancient and often very long incantations; the accompanying rites were generally simple, and often consisted in sprinklings with water, and the symbolic burial of the soul of the victim.

There is also a lower degree, tapatapa , which is by calling the name of any animal or thing after a person. To remove the bewitching effect of these curses elaborate ceremonies have to be performed by the priest, who repeats numerous incantations and counter-charms: these ceremonies continue in some cases for three days. They are fully discussed in another part of this paper. The Maoris induced insanity by means of sorcery, sometimes in the spirit of revenge, as when a lover resorted to that form of black magic called whaka-tihaha , in order to drive mad and kill the woman who had repelled his amorous advances.

O eyes that behold, Be thou closed in sleep, Be thou fast in sleep, sleep. Much more potent, however, than the rotu was the deadly tipi-whaka-moe , or sleep-causing stroke, which was the sudden letting fly a mystic power by the wizard, resulting in the sudden death of his victim. Mata-rere-puku is the name of a species of witchcraft so called because the charm was effected by the tip matamata of the tongue of the sorcerer secretly puku applied.

Its exact nature is not known. The Rua-iti Rite rua , a pit, a grave; iti , small. The sorcerer secretly digs a small hole in the ground and places in it, or moulds at the bottom of the pit, a mound of earth in the form of the human body. Taking a cord in his hand, and standing over the hole, he allows one end of the cord to hang down in the hole. He then repeats potent incantations to cause the wairua dream-ghost of the doomed person to descend by way of the cord into the hole, where it is destroyed by means of another powerful karakia known as whakaumu. In some cases the cord seems to have been dispensed with, and the wairua is then seen to enter the hole in the form of a fly rango , such fly being the ahua semblance or aria form of incarnation of the spirit of the victim.

Or the ahua in other cases appeared over the pit as a small flame or light, a will-o'-the-wisp, which was promptly cursed, and its.

If the cord is used it is indispensable that the sorcerer should procure it from the home of the doomed person. I take the cord and smear it with blood procured from an incision in the left side of my body. I then kindle a fire and burn the cord; also, I cook a single kumara or taewa at that fire. The cooked kumara I give to the ruahine a childless woman employed in various sacred rites , who eats it. Friend, that man is dead! Another method of averting the evil is to place the kumara beneath the paepae-poto door-sill of my house and get the ruahine to step over it.

Perhaps, however, the string is an ohonga bait , and by cooking a kumara at the fire in which the ohonga was burned the aria of the victim is transferred to the kumara , the eating of which is symbolic of his destruction. The burning of an ohonga is sometimes considered sufficient to cause the death of the enemy. Many ailments are supposed to be caused by magic, as insanity porangitanga, porewarewa, porangi, wairangi, haurangi, potete, apa, awhireinga , leprosy ngerengere, mutumutu, tuawhenua, tuhawaiki , wasting sickness, and many obscure complaints of the internal organs, both chronic and acute.

Sorcerers were supposed to be able to bring about the death of their victim within a week, sometimes at the end of the third day after the commencement of their magic rites. Many deaths resulted doubtless from melancholia or fear. We have seen that when a person's illness has been caused by magic the tohunga can identify the individual by whose evil sorceries the disease-demon was sent, either by means of the hirihiri or of the paepae.

But if the patient be dead when the priest arrives, then he will find out who caused his death when the body is buried, either when the grave is being prepared or when the body is being placed in it, or sometimes afterwards. If the tohunga arrive before his patient dies he may be able to counteract the sorcery. If the case is a complicated one and his patient is of high rank, then the elaborate and prolonged rites and incantations about to be described must be carefully carried out to effect a cure.

Colonization and the Importation of Ideologies of Race, Gender, and Class in Aotearoa

In minor cases a man might undertake his own cure, for most people had a knowledge of charms or simple karakia to ward off sorcery. But if he had opposed to him a very powerful tohunga makutu his own karakia would not have sufficient mana to overpower those of his. When, then, a man believes he has been cursed or bewitched by a powerful magician he is taken by his tohunga to the sacred stream, and, making mounds of earth beside it, the priest sticks a twig of tangeo Tetranthera calicaris into the bank; then they immerse themselves in the water, the sorcerer repeating this incantation, while the gods are supposed to come and rest upon the mounds, and dance upon the twigs set up:—.

Now are the mounds made, On the side of the dark stream, By the place of thy wanderings, and of thy curse. Now stands the twig by the mound: It is the twig of revenge, To hurry onward my power, Emblem of the gods and their power. 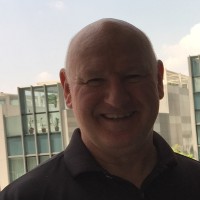 Now is the power of this incantation, Of these sons and of these emblems. The water is flowing to this place of sorcery: It flows on to this sacred spot. Thou son of evil words and this curse, Thou who didst defy the priests with a curse, By these emblems, fall thou, die thou With suddenness be thy death: Die quickly for thy curse and evil word. This done in the water, they return now to the settlement and make a space clear of grass or weeds as an arena on which the gods atua may alight. While clearing the ground the tahinga invocation is repeated:—.


Sweep, sweep an open space For the god of power On which to sow death, to revenge these sons. Darkness, come from the world below. From the gods below, From the worm below, and smite these sons. Within the open space the sorcerer digs a hole rua haeroa about 2 ft.

Now is the pit dug to the depth of Nuku, To the limbs of the earth, to the depth of Papa, To the uttermost darkness below, to the long night, To the utmost darkness, to the power of these priests, To the darkness of the gods of these sons and emblems. They were brought from Hawaiki at the time of the Maori advent to New Zealand. This done, and the grave finished, they put a twig of the sacred karamu Coprosma robusta on each side, and seat themselves on its brink, and take a shell of a fresh-water mussel with which to scrape into the pit the souls of those who bewitched the patient, which have already been brought to the pit's edge.

While doing this, again the priest begins:—.

Let the revenge of Tu consume these sons, Their priests, their gods, their power and incantations. May the power of their sorcerers be confounded; Let their wizard god be made dumb. A narrow ridge is then made along the side of the grave, upon which the tohunga places stones named after those who used the curse, one for each, and says:—. Thou art struck down to the depths of Nuku, Even to the root of the world thou art sent, As food for the hosts there; thy powerless incantations also. Thy ancestors and their power is gone with thee; They are now weak and cannot kill.

We sweep them and thee into this pit, And hide you altogether with this shell, The shell of these sons and emblems. The twigs are now thrown likewise into the grave; then he fills the hole, and pats down the mound with his hands. They have thus, by symbolic magic, consigned the opposing sorcerers to the grave. The next day they come there again, and, weaving a basket which is of very small size, and called the demon's basket paro taniwha , the priest again repeats:—. Weave my basket for my sons to sleep in: My basket is for my dead sons and enemies. To whom does the basket belong?